Alex started working as a sorter of donated clothing, but as he gained victory in his addictions, he began working for the director of education, and then the donor relations office. He discovered his strength, ambition, and dignity returning.
Give Now
Volunteer
September 30, 2022
5:00PM to 8:30PM
Annual Fall Gala
September 13, 2022
10:00 AM
Victory Fall Graduation
November 24, 2022
11:00 AM to 1:00 PM
Annual Thanksgiving Community Dinner
December 23, 2022
10:00AM to 1:00PM
Annual Christmas Dinner & Toy Give-Away
Previous
Next

“Alex started working as a sorter of donated clothing, but as he gained victory in his addictions, he began working for the director of education, and then the donor relations office. He discovered his strength, ambition, and dignity returning.”

Alex was raised in a loving, churchgoing family. He was a model student, and graduated valedictorian of his high school. He was voted class president, and earned a full scholarship to Duke University to study medicine and business. Everything about Alex’s life seemed ideal.

But the peer pressure of teenage years and a desire to fit in with the “cool” crowd was taking its toll. What started with half a beer turned into a bottle of vodka under his pillow. He moved from smoking cigarettes to hiding in his dorm room for days under the effects of ecstasy, LSD, and cocaine. His drug and alcohol use became so severe he eventually left college and returned home.

Once home, his addictions escalated. Alex stole from family. He lied and cheated to avoid sobriety. He damaged so many relationships that he wound up homeless, living in his car.

One night he called his grandmother for help. She suggested going to the Durham Rescue Mission. He ignored the idea, but after a heavy snowstorm he knew he couldn’t survive alone. So, he came to the Mission and asked for help.

What he found were role models — others who had been where he was. However, they were rebuilding their lives with God’s help and the Mission. It reminded him of his teenage years when he followed others to be “cool.” However, this time he was inspired to heal and recover.

Alex started working as a sorter of donated clothing, but as he gained victory in his addictions, he began working for the director of education, and then the donor relations office. He discovered his strength, ambition, and dignity returning. He began feeling like  a useful member of society again.

When the time came to pursue his dreams again, Alex reapplied to Duke — and was awarded another full scholarship to complete his studies. In January of 2019,  Alex started his new semester of studies. 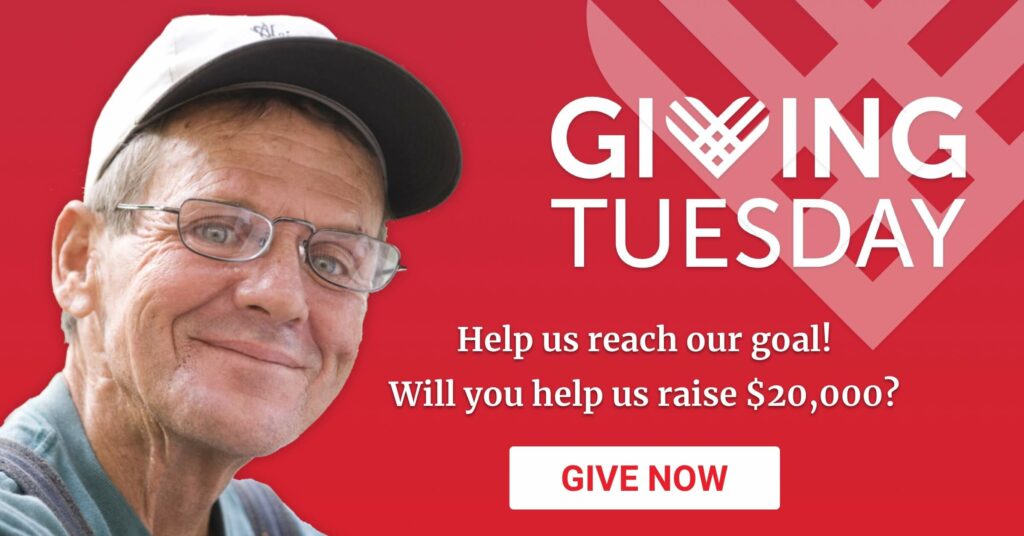